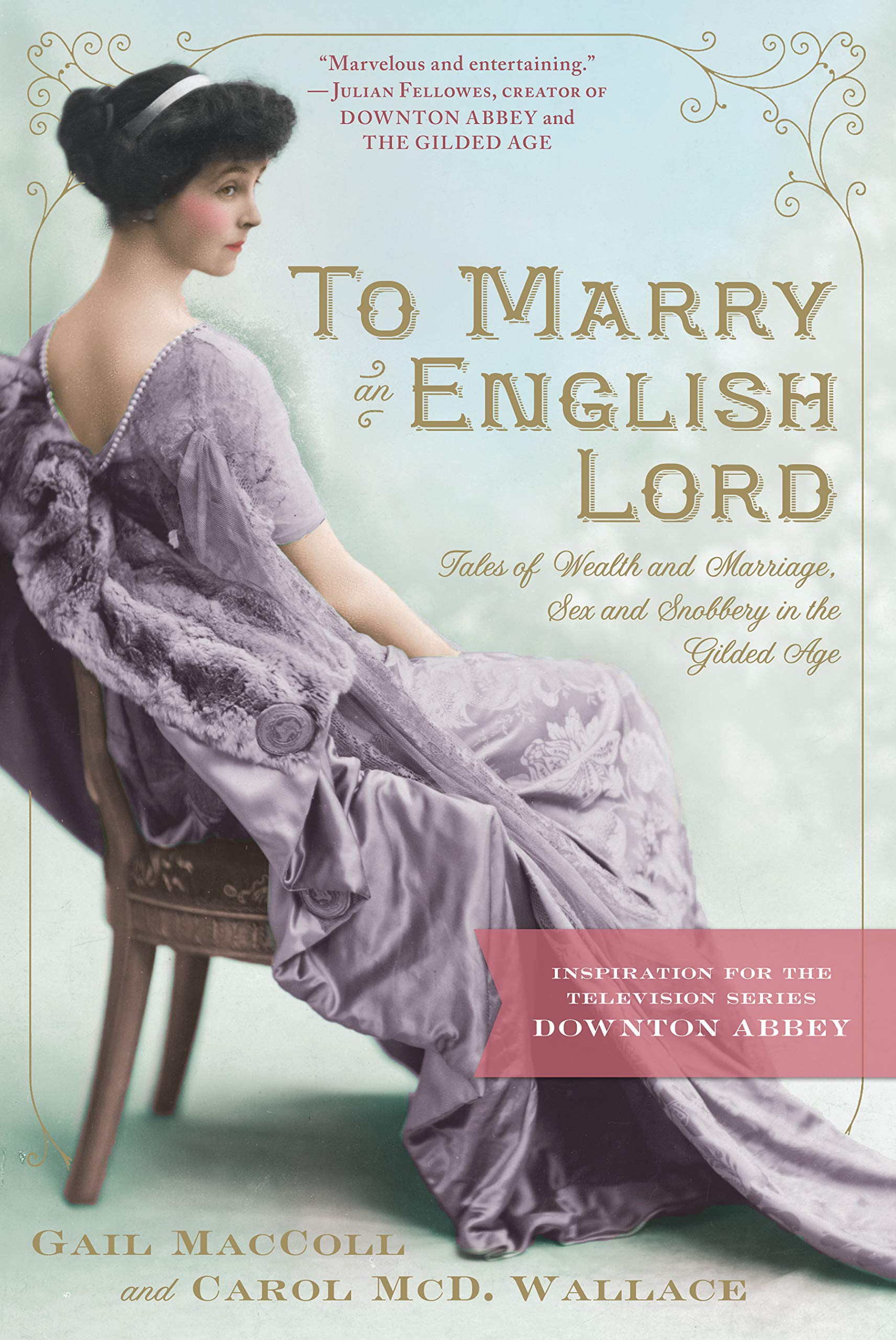 Anyone who knows me well that I love period dramas like a little boy loves cake.

It’s a poor simile, I know, but that’s what I can think of right now.

But if there’s any specific period that interests me, it’s the late nineteenth century, up to the end of the Second World War. And I enjoy reading about that period, too. There were books that I wanted to buy and am saving up for, but recently, I have found the top three that I really wanted to buy, and I can read them for free. Where else? Scribd, of course. Sure, I pay for a subscription, but it’s a perk of said subscription, so it’s all good.

So, what are these books? Here are they: How to Marry an English Lord by Gail McColl, The Husband Hunters by Anne de Courcy, and The Glitter and the Gold by Consuelo Vanderbilt Balsan.

Starting from the 1870s (and according to Wikipedia, even earlier), American heiresses trooped out to Europe to find love and social elevation. One of them became the mother of a well-known Prime Minister, another, an ancestress of British princes, and yet another became an inspiration for a well-loved period drama.

These books provided an interesting insight into a bygone age where society, snobbery and money abound, and how little has actually changed more than a hundred years since. In fact, these books have helped me make sense of some stories about some members of the British aristocracy hating the Americans, or beautiful American heiresses “wanting tiaras”.

All three books carried the same theme–what life was for the old rich, the newly rich, the titled but struggling during the Gilded Age. The third book however, focused solely on Consuelo Vanderbilt’s life–which also covers her miserable marriage to Charles Spencer-Churchill, 9th Duke of Marlborough.

After reading the three books, I knew that I would give my right arm to know–and see how these people actually live. I would like to be one of those people attending balls, witnessed a wedding–and the whole nine yards. It also opened my eyes that with all that ridiculous amount of money, it’s not going to make people happy. Families squabble, married couples fool around with other people, all in the name of social standing and the power it wields. And in the grander scheme of things, it can get tedious.

These books are still worth a read, though. I don’t want to share too much, as I might give a spoiler. But if you are curious, you’ll be in for a wild ride of snobbery, politics, money, and social standing.How to Marry an English Lord, The Husband Hunters, and The Glitter and the Gold will take you into a very different part of history, and shapes what society is now. I mean come on. One Million Dollar American Princess was an ancestress of the future King of England.