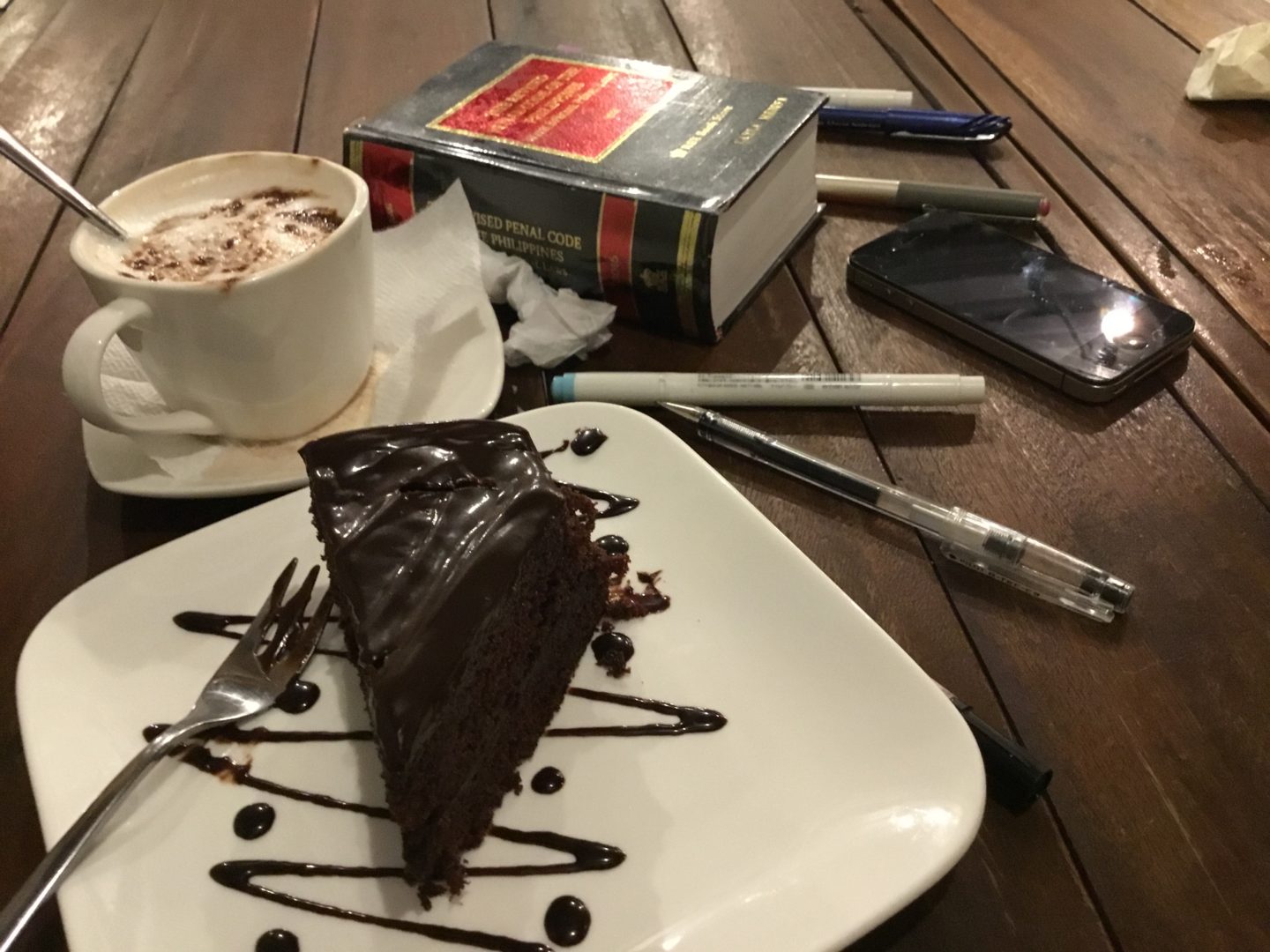 Yes, it actually is, despite the fact that writing this is the one of the hardest things I’ve had to do.

For years, I had my game plan–study law with enough passion to make a candle burn; take the Bar after graduation, and (God willing) pass the Bar, take the oath (at one point, I could recite it in my sleep), and sign in the Roll of Attorneys in front of the Bar Confidant.

Sounds easy, right? No, not at all!

I won’t lie, I failed subjects too, but not without learning the lesson behind it. There were times when I’ve wondered what was the point of the Negotiable Instruments Law, or the law on Partnership–or whether one is solidarily or jointly liable for some unfullfilled obligations. These thoughts, however, were formed during one of my weaker moments.

But Torts, as well as Transportation Law, I enjoyed. I could go on and on about my love for Public International Law (my favourite subject, by the way).

I’ve also wrestled with Succession–shed many a tear over Reserva Troncal, screamed with frustration over computing legitimes for the estate of one Mr. G, who died testate, leaving behind a widow, four legitimate children, two illegitimate children, and a tidy sum of a hundred million pesos, to be distributed to the aforementioned surviving family members–for homework–or coursework, if you will. That wasn’t a walk in the park, but I did get there.

But there were proud moments too. Those times where my midterm exam answer for my Provisional Remedies exam had no deduction, or when I aced a recitation (very rare occasions, as my answers occasionally have blips or loopholes–oops).

So, you ask me, what is the point of all this nattering about *moments of pride* if I’m saying goodbye to law school? Well, bear with me.

Law school, as everyone says, is no walk in the park, but I will be lying if I didn’t tell you about these good times. Because they do exist, even in law school. These good times have kept me alive.

But I have reached that point where even those good times aren’t enough to sustain me. There were so many times that I have questioned my mental faculties whenever I fail a subject, wondering if there was another way I could have studied it. Was I lazy? Was I actually stupid, and just pretending to be smart?

Or even worse–am I all three?

I’ve heard many law professors who go on about forgetting everything else except law school. And for years, I did that. I don’t know–or remember what kind of person I was during that time. All I ever thought was I wasn’t trying hard enough–so many people were telling me that–my professors, and yes, even work friends who never even attended law school and didn’t know what the fuck they were talking about. One even told me to sort myself and my life out.

So I did. Pushed myself to the breaking point. I sometimes went to work after only three hours of sleep due to studying for school. I was a zombie. Literally. During lunch break, I’d have to eat quickly so I could have time to study. I was at my wits’ end, but I had to keep pushing because I wasn’t trying hard enough, and I should do better.

The worst bit was having to choose between family and my passion. But in the end, I chose family. And it was a choice that I never regretted. Back in 2014, my father had his first stroke. I was revising for finals. But I found that I couldn’t take these exams. My father was in the ICU, and we didn’t know if he’d sink or swim. That was when my mental health took a nosedive. In between helping care for him and being afraid for the worst whilst studying for my final exam in Private International Law, I’ve come to the decision that I need to rest. And I had to stop going to school either way, as I had to help my parents financially. The money that was supposed to be my tuition fee went to his medical care. And it was worth it. He’s still alive. He’s had another stroke, but he’s still alive, and I’d have that any day over any final exam.

I went back to law school after three years of hiatus. But I chose to start over in another law school and went back to freshman year. I thought I owed it to myself to have a better foundation as my brain became a total blank slate where my legal education was concerned. Moreover, I wanted to take the Bar only once. That fell through, too. My mental health was still in a fragile state, pretty much collapsed after forcing myself to cope with work stress, as well as academia.

Don’t get me wrong. I still love the law. And always will. But I have to say goodbye to it, because this time, I am choosing me. I am choosing to take care of myself. I need to get back who I was before I started my legal education journey. Well, not entirely. I have law school to thank–I’d like to think that I’ve matured in the process.

But the fact remains that I don’t want to be a ghostly, zombified shell of me. I need to heal. I need that so I can take care of people around me.

Also, it’s not like I’m saying goodbye to law–I’ve applied to graduate school, and got in. My graduate degree’s curriculum includes labour law–also one of my favourite subjects, by the way.

Maybe I will return to law school. Maybe. One day. You never know.

But goodbye law school, for now.

A letter to the law school freshman.