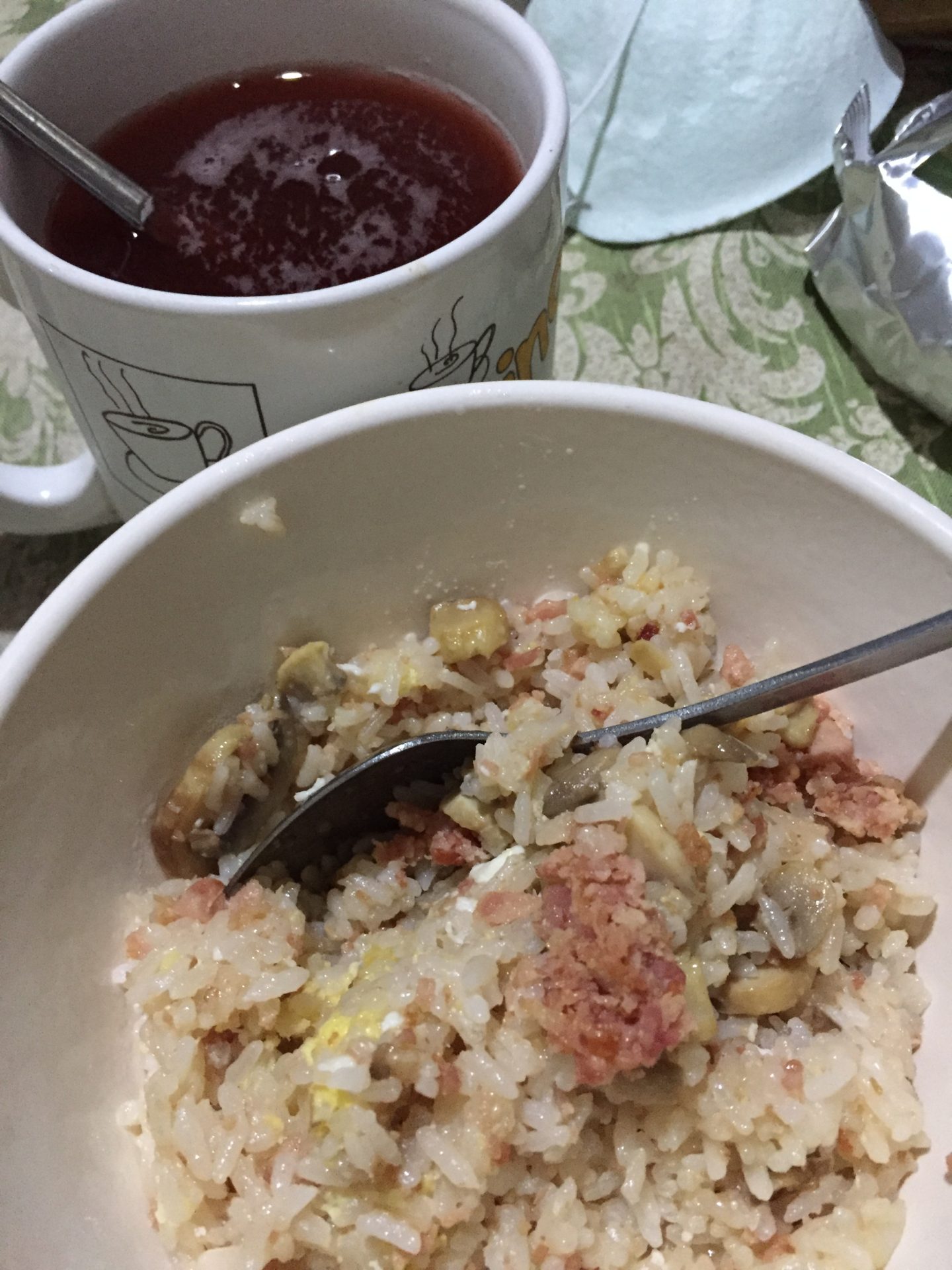 My father’s been taken to the hospital more than three weeks ago, but he’s home now–yay! I won’t lie though, those three weeks were tense, to say the least.

And that meant that I was on my own a lot. And me being left alone a lot gives me reason to prepare a meal that can be eaten at any time of the day: bacon, egg, and mushroom fried rice. This dish screams HELLO, HIGH CHOLESTEROL, but while I don’t whip it up often, it’s worth it whenever I do.

Preparing the ingredients took the most time, admittedly. As we don’t consume as much rice as we used to, there was none on hand, which meant that I had to cook rice. And frying bacon isn’t something to be sneezed at, either! I enjoyed the preparation process though, and I’m sharing the recipe in hopes that you’ll enjoy preparing the dish and eating the end product.

1 can mushrooms (pieces or whole; drained)

Hope you all enjoyed preparing the meal. Bon appetit! x