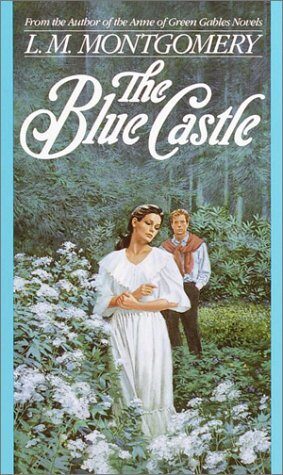 How are you all doing? Hope you are doing well!

It’s been ages since I’ve written a book review–I’ve been reading a lot of books but I haven’t put pen to paper. Or rather, in this case, fingertips to keyboard with regard to how I feel about them! I’m going to review one of my favourite author’s little known work.

Reading Lucy Maud (LM) Montgomery’s work is always a treat. I’ve fallen in love with Anne of Green Gables as a little girl. In many ways, I related to Anne Shirley. I still do, actually. While I have many good friends and I love them dearly, there’s only a few with whom I have the same wavelength–I share her viewpoint in having a friend that’s also a ‘kindred spirit’.  I still read the books in the series because there’s something about worth revisiting in Anne Shirley’s world: She never changes who she is, and she does her own thing. For those who have never read the series at all–IT IS NEVER TOO LATE. It’s totally worth your time. The eighth book in the series is actually my favourite!

Okay, back to LM Montgomery’s little known work. This is another book of hers that I have fallen straight in love with. No, seriously. In classic Montgomery style, the beginning of The Blue Castle was riveting enough to make me want to stay up until late at night to finish it.

In a nutshell, Valancy Stirling (such a delicious name!) was the nonentity of her family. Plain, unmarried, dull (to her family), she had a bleak future in front of her,  because she was twenty-nine, and with nary a marriage proposal to her name.

Things became more exciting when Valancy felt the need to see a doctor. One of her own choosing, mind, as her family had their own go-to doctor. And the prognosis was not looking good. This was the turning point for Valancy. From that moment on, she decided to say whatever she wanted, wear whatever she wanted, do whatever she wanted. After all, she had only one year left to live and she wanted to take her life into her own hands.

And boy,Valancy’s in for a wild ride.

What I love about The Blue Castle: There was never a dull moment reading this book. LM Montgomery had the knack for great dialogue and detail. And the mood! The first chapter really did set the tone of the story–a morose, grey beginning that had you wanting to know why it was so, and it would make you wonder if things would change.

Another thing I love about The Blue Castle and Montgomery’s writing in general is that the narrator makes the reader get inside her brain and know exactly what she was thinking, dreaming, planning, dreading…or even plotting.

Let’s not forget the character development of each of the characters. Initially, I liked Valancy’s Cousin Olive, and thought that Valancy was a bit unreasonable over her apathy towards her cousin. Eventually, I finally realised that Olive was meh (and she’s a bit of a cow). Other relatives such as Uncle Benjamin I found too easy to dislike –there are many people who are like Uncle Benjamin! He, however, redeemed himself at the end of the book.

I loved Valancy’s spunk once she decided to take her life in her own hands! One of my favourite conversations in the story were of Valancy, her friend Barney and her Uncle Wellington.

“Valancy, how came you here!” he said sternly.
“By chance or God’s grace,” said Valancy.
“With this jail-bird—at ten o’clock at night!” said Uncle Wellington.
Valancy turned to Barney. The moon had escaped from its dragon and in its light her eyes were full of deviltry.
“Are you a jail-bird?”
“Does it matter?” said Barney, gleams of fun in his eyes.
“Not to me. I only asked out of curiosity,” continued Valancy.

If you’ve never read The Blue Castle or any of Lucy Montgomery’s work, they’re certainly worth a read! Completely tempted to write more–and gush more about this book, but at the risk of sounding spoilery, I decided that I’ll leave it to you to read The Blue Castle!